So, is Velveeta cheese keto?

It contains a lot of sugar and carbohydrates.

There are three grams of carbohydrates and two grams of sugar in a tiny slice of Velveeta cheese.

The Keto diet does not allow for this.

Because your diet only allows you to consume a very small amount of carbohydrates, it is best to choose foods that are high in nutrients and satisfy your hunger, such as avocado, broccoli, asparagus, and berries.

For the most part, any processed cheese like Velveeta is not going to work on your keto diet.

Some cheeses are better than others on keto

Because they have a lot of fat and don’t go through as much processing, these cheeses are great for the keto diet.

Most people can choose a kind that suits their taste because the flavors range from sharp to mild.

Every 1 ounce (28 grams) of mild cheddar cheese has 9 grams of fat, 7 grams of protein, and less than 1 gram of carbs.

So, it fits in with the ketogenic diet..

It melts perfectly on sandwiches, burgers wrapped in lettuce, low-carb bread, and casseroles, and it has a great mix of acidity and creaminess.

Gouda is a creamy cheese made from cow’s milk that has a slight sweetness. It is golden in color, from the butterfat in it.

It works well with the keto diet because each 1-ounce (28-gram) serving has 8 grams of fat, 7 grams of protein, and only 1 gram of carbs.

Gouda’s low melting point means that it can be used as a topping for burgers or as an ingredient in your favorite keto mac and cheese recipe.

Goat cheese, also called chevre, is a creamy cheese made from goat’s milk.

It has a sour taste that some people have called earthy or gamy.

A 1-ounce (28-gram) serving of keto-friendly cheese has only 9 grams of fat, 7 grams of protein, and a small amount of carbs.

Even though goat cheese doesn’t melt well, it tastes good in appetizers, salads, casseroles, and omelets.

Also, goat cheese has less lactose than many other types of cheese made from cow’s milk.

Because of this, people who can’t digest lactose may be able to digest it better.

Blue cheese can be a keto cheese.

It is made with cultures of a certain kind of mold to give it rich flavors and a creamy texture.It has 8 grams of fat, 6 grams of protein, and 1 gram of carbs per 1-ounce (28-gram) serving, which is a good amount for keto.

Freshly grated blue cheese tastes great in salads, as a dip, or as a sauce for steaks or vegetarian noodles.

The cheeses one should avoid eating

On the ketogenic diet, you should stay away from cheeses that are heavy in carbohydrates and processed cheeses.

Cottage cheese is a type of fresh cheese that is produced by separating curds made of casein and liquid whey, which are the two primary proteins found in milk.

The ketogenic diet is not a good fit for cottage cheese due to the nutrient composition of this cheese. Cottage cheese is generally thought to be a healthy cheese option.

Cottage cheese with its natural milk content has 5 grams of fat, 14 grams of protein, and 5 grams of carbohydrates in every half-cup portion (114 grams.)

Although it does not contain a particularly high number of carbohydrates, even small amounts of it can soon pile up.

When following a ketogenic diet, it is recommended that you do not consume an excessive amount of cottage cheese.

Because the ketogenic diet has an emphasis on foods that are high in fat and low in carbohydrates, it is strongly recommended that you steer clear of low-fat kinds of cheese.

To put this into perspective, the same portion size of reduced-fat cheddar or colby cheese contains approximately 2 grams of fat.

You may even buy cheese that is fat-free. Paradoxically, it usually costs more.

Stick to full-fat cheese if you want to achieve your goal of fueling your body with fat through the metabolic state of ketosis.

Cheeses that have been commercially manufactured-

If you are following a ketogenic diet, processed cheeses are another type of cheese that you should probably stay away from.

This category covers cheeses such as American cheese and cheese that comes in spray cans, as well as other goods that contain a combination of cheese and other components.

They often have a high percentage of fat, but in addition to that, they frequently include additives that aren’t found in cheeses that are created naturally. Ingredients such as whey powder, canola oil, additional colors, and preservatives may be among these.

Research has shown that eating a lot of processed foods is linked to an increased risk of developing cardiovascular disease as well as other ailments.

Whether or not you choose to follow the ketogenic diet, this indicates that you should reduce the number of processed foods that you consume. 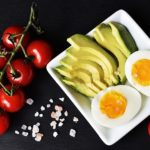