Skinny Pop Popcorn – Keto or Not?

The consensus among dieticians and others is that Skinny Pop brand popcorn is not keto friendly. Its net carb count is high, and it’s made with sunflower oil, which is contraindicated for a ketogenic diet.

The important thing is not to eat too much. One cup of air-popped popcorn has only six grams of carbs, but should you snarf several cups, that’s eighteen grams, which will send your keto-meter into the red zone.

Experts say that problems start to show up with popcorn snacks as soon as a lot of artificial chemicals are added to the equation. Instead of harmless snacking, you are experimenting with mood altering drugs, like a junkie.

Keto studies show that the diet can include salty foods like butter, Parmesan cheese, herbs, and even a small amount of hot sauce. Without doing significant damage to a ketogenic lifestyle.

Sweet foods like sugar, caramel, and chocolate are definitely not allowed, though.

You should also think about how your popcorn is made.

Dieticians say popcorn that is popped in the air is the most nutritious option because it is processed the least. There are no additives of any kind.

Chemicals, food coloring, salt, and fat are some of the things that are in this junk.

On the other hand, traditional microwave popcorn has a lot of sodium, hydrogenated oils (unless it says it’s 94% fat-free), and diacetyl, a chemical that has a buttery taste and has been linked to lung disease in people who work in popcorn processing plants.

Flavacol is a flavoring added to movie popcorn. It has salt, a fake butter taste, Yellow #5 and Yellow #6.

It also has hydrogenated soybean oil that tastes like butter added to it.

As you can see, adding popcorn to your keto diet on a regular basis is like walking through a minefield; unless you’re very careful, alert, and choosy, you may blow yourself up.

If you get the munchies and still want to keep keto, you have plenty of other options besides popcorn. Such as a handful of dried tomatoes.

Sun-dried tomatoes are tomatoes that have been dried in the hot sun, in a dehydrating machine or inside any household oven. They are available at most grocery stores and can be considered a basically carb-free fruit leather – something you can chew on while watching a movie or driving to work.

When tomatoes are desiccated like this they lose over ninety percent of their previous weight because they lose water. And tomatoes, like many other fruits, are mostly H2O.

On salads and pasta, sun-dried tomatoes are used as a sweet, tangy, and chewy topping. As long as they’re not marinated in oil or packed in brine, they are a perfect keto snack.

How do you get tomatoes to dry in the sun?

Roma, San Marzano, grape, or cherry tomatoes can all be used to make sun-dried tomatoes.

When their moisture is taken away, their flavor gets stronger, which makes a meal taste better.

There’s nothing new under the sun, except sun dried tomatoes!

Tomatoes used to be dried in the sun on the roofs of houses in southern Italy. This is the traditional way.

At least a few days are needed for things to dry out more slowly and evenly.

There is less you can do to change their environment. To get them just right, you need direct sunlight, high heat, and low humidity.

If you have the time, place, and right conditions, you could try cutting them in half, pouring salt over them, and covering them with cheesecloth (without letting it touch the tomatoes.)

They need to be taken inside for the night.

Those magnificent men in their drying machines . . .

A food dehydrator can dry tomatoes with little or no help, sort of like a slow cooker works.

Six hours in a dehydrator should do the trick.

Setting a dehydrator to 135 F takes much less time than letting tomatoes dry in the sun.

Tomatoes will dry out in the oven at 250 F in 3 to 6 hours, depending on how thick and soft you want them to be.

The longer they bake, the more leather-like they will get.

Dehydrating kits for the oven are available at most health food stores or online. They are basically just a large flat sieve that lets the hot air in the oven circulate over the entire area of the fruit or veggie you want to dry out.

Another great keto kosher snack are kale chips. You make these yourself at home by stripping the leaves off several stalks of kale, laying them flat on parchment paper on a cookie sheet, and baking them at 350 degrees for about twelve minutes. When they come out of the oven you can lightly salt them and the enjoy them for up to two weeks without refrigeration. They are bursting with vitamins and minerals and no carbs whatsoever. 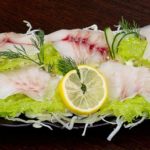